1. How many churches have been planted on earth?

Churches across the world now number more than 5.5 million. This number is expected to reach 7.5 million by 2025. Despite this amazing growth, in South Asia, home to many of the world’s remaining unreached communities, we still estimate more than 300,000 villages need their first church.

2. How many unreached people groups remain in the world today?

The Joshua Project estimates that 7,035 people groups on earth today are unreached – meaning that these groups do not have a sufficient number of churches or believers in their midst to adequately reach their own people. There are 2,276 unreached groups in India.

3. There are much fewer unreached people today, and yet the task is unfinished.

4. How many people still need the Scriptures in their own language?

Thousands of groups throughout the world still do not have the entirety of Scripture translated into their own language, representing 1.5 billion people. Of these, more than 100 million people do not yet have any part of the Bible available to read in their heart language.

5. Where Evangelism is most needed

86% of all unreached people groups lie within the region called the 10/40 window, which is between 10 and 40 degrees north and from the west coast of Africa to the east coast of Asia.

The average American Christian gives only 1 penny a day to global missions.

9. How much do churches allocate to reaching the unreached?

Churches allocate the vast majority of their resources (96.8%) to their own local ministries, and of the few percentage points allocated to mission activity, the majority is used for either same-country missions to serve other mostly-reached nations. Funds available to support work in the least-reached parts of the world involve less than 0.3% of Christian giving.

10. How much does it take to sponsor an indigenous missionary to reach one more village for Christ?

Sponsoring indigenous missionaries (native pastors with a vision to reach their own people or a neighboring people group) is vastly less expensive than cross-cultural missions. Sponsorship programs usually range from $100-$500 per month to adequately resource new gospel work in places like Africa, Eastern Europe or Asia. For example, in India, it is possible to sponsor a pastor who aims to plant a new congregation for 50-100 times less than it would take to transplant a missionary family from the West. India Gospel League offers a partnership program for individuals and churches who wish to sponsor “barefoot pastors” at just $100 per month for two years – jumpstarting a new church in a new village community for a total investment of just $2,400. 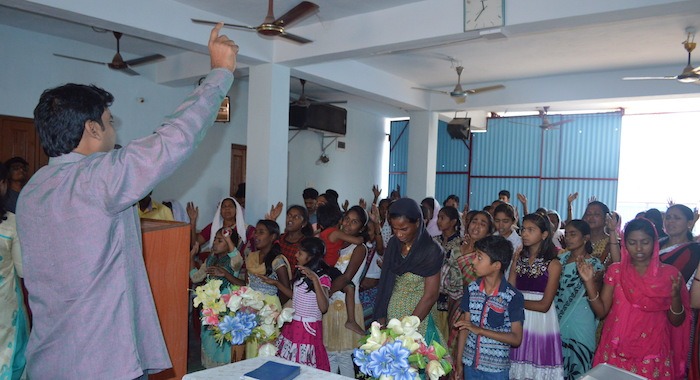 In the comments below, let us know what has you excited about the future of global missions!