Child Labor: What You Need to Know 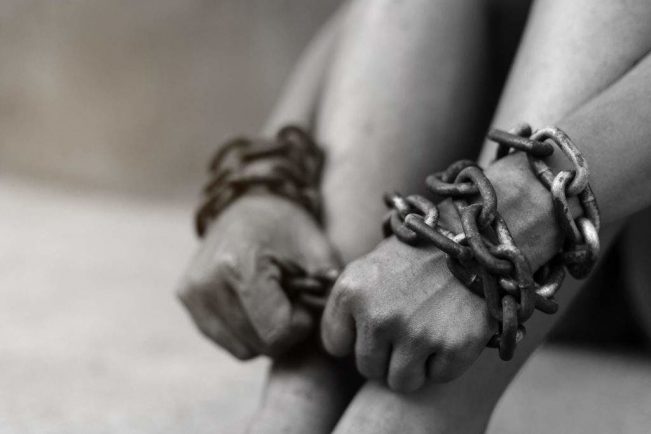 Child Labor is one of the harsh realities deeply ingrained in the everyday life of someone who lives in India. The below mentioned statistics will tell you just how painfully rampant this social evil is:

A lot is said regarding factors attributing to this current reality. Some of them even seem to be tied into the economic system. This became apparent when in May 2015, the Indian government passed a controversial bill regarding child labor. The Amended ‘Child Labor Act’ permitted children to work in family owned non-hazardous enterprises. Following that, in July 2016, India again amended the Child Labor (Prohibition and Regulation) Act 1986, paving way for juveniles aged below 14 years to work in specific jobs only.

Why do children work?

Child labor continues to exist in India for several reasons. The biggest cause of child labor has indisputably been identified as poverty. Families with scarce resources force their underage children to work. Additionally, it is most of these families in poverty who falsely believe that more children mean higher income and they end up ignoring all birth control measures and have as many children as possible. A Human Rights Watch report revealed that children are sent to work to pay family debts. These communities also consider it normal for teenagers to marry and procreate at puberty. Lack of education is yet another cause of child labor. Parents cannot afford to educate children and force them to work. It then becomes a vicious cycle wherein, young girls drop-out of school, are married and begin having their own children to look after. Their lack of education causes them to believe that more children means more income and they therefore ignore birth control measures and have more children, only to end up deeper in poverty.

Where do children work?

There are a number of places where children are employed due to their vulnerability – their willingness to put in long hours of labor for negligible payment, their inability to speak for themselves and more. Over the years, there have been several surveys and studies conducted to identify where most children are predominantly employed as laborers.

Bonded labor: Bonded labor is the greatest contributor to child labor in India. Though bonded labor has been outlawed in India since 1976, however. This form of labor still continues. Parents send their children to work with landlords and moneylenders to try to pay off their debts. However, sadly, these children are seldom paid and are prone to extensive exploitation. The exploitation includes working long hours in sun, deprivation of water and food or lifting heavy loads, physical abuse and sexual abuse. This system of bonded labor continues for generations and with each generation, sadly, the children are victimized.

Domestic help: Often, underage children are sent to work as live-in or visiting domestic helpers. This horrific system prevails in modern Indian cities too. Educated families welcome such child workers, turning a blind eye to existing laws. Such families falsely believe that they are protecting the child against anti-social elements and vices. Often, these children are sent as domestic workers by parents hoping to gain more income for the family. Child domestic workers are sent to cities from villages under the false pretext of ‘better prospects’ and ‘realization of dreams.’ Children are sometimes held captive, not allowed to even visit their families when they want to.

Child sex workers: Thousands of young girls who reach puberty are pushed into India’s flesh trade every year. Even though the Indian laws define carnal relations with any girl below 18 years age as ‘Statutory Rape’ and a criminal offense attracting extremely harsh punishment, there are many criminals who lure village families into sending their young girls to cities. Most of these girls and their families are falsely promised glamorous jobs, opportunities to meet celebrities and live better lives. They are separated from their families and brought to the cities where they are pushed into prostitution.

Forced begging: Families living in poverty and unable to sustain themselves force their underage kids to beg. In India, begging is an organized criminal network and these criminals lure families to join these begging chains. These children are accommodated in sub-human conditions and are fed poorly. Often, their eyes are gouged and limbs maimed to attract sympathy from people that will in turn gain more alms. Underage girls are raped, impregnated and forced to beg along with their infants in India’s harsh weathers.

Child delinquency: Children committing crime is fairly common in India. The infamous ‘Nirbhaya’ rape case in December 2012, ‘Asifa’ rape case in January 2018 and many of the other rape cases reported everyday aptly highlights this. At least one of the alleged rapists in most cases is juvenile. Children become delinquent for many reasons, primarily being their flight from poverty. They want to escape the dithering poverty of their households and end up as child laborers. Fearing punishment, they are scared to return home and are often later trapped by criminals who lure them into drug peddling, pick pocketing and other illegal activities.

How does child labor affect the child?

There are a number of ways in which child labor affects children. Although the effects can vary depending on which industry the child is working in, generally, child laborers suffer from long-term health problems due to malnutrition, exposure to chemicals, abuse, injuries, exhaustion, and psychological harm. Some of the effects on the child include:

Many companies and various avenues continue to employ children because of the demand for cheap labor. Children are paid, but a fraction for the work that they do in comparison to adult labor. Children continue to remain as soft targets for cheap extensive labor, maltreatment and abuse due to their vulnerability and inability to speak up for themselves.

Child labor is an evil that destroys the future of not just the children, their families and their communities, but even their nation as a whole. When you choose to sponsor a child, you protect them from child labor, exploitation, sexual abuse and more by allowing them to live in one of our children’s homes. If you would like to join us in the fight against child labor, please consider sponsoring a little boy or girl here.